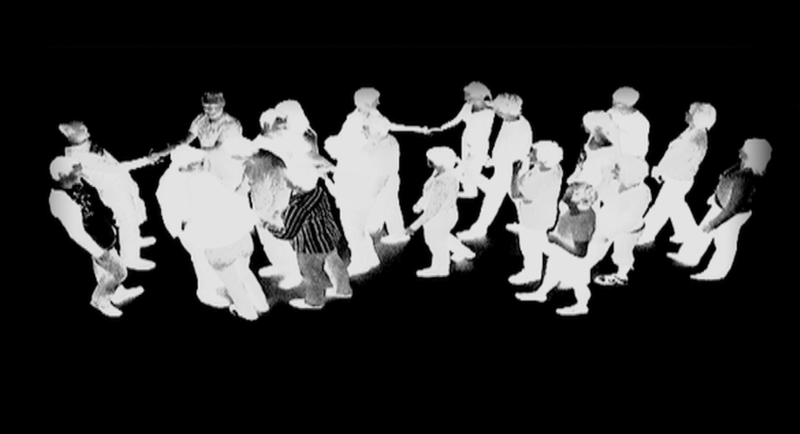 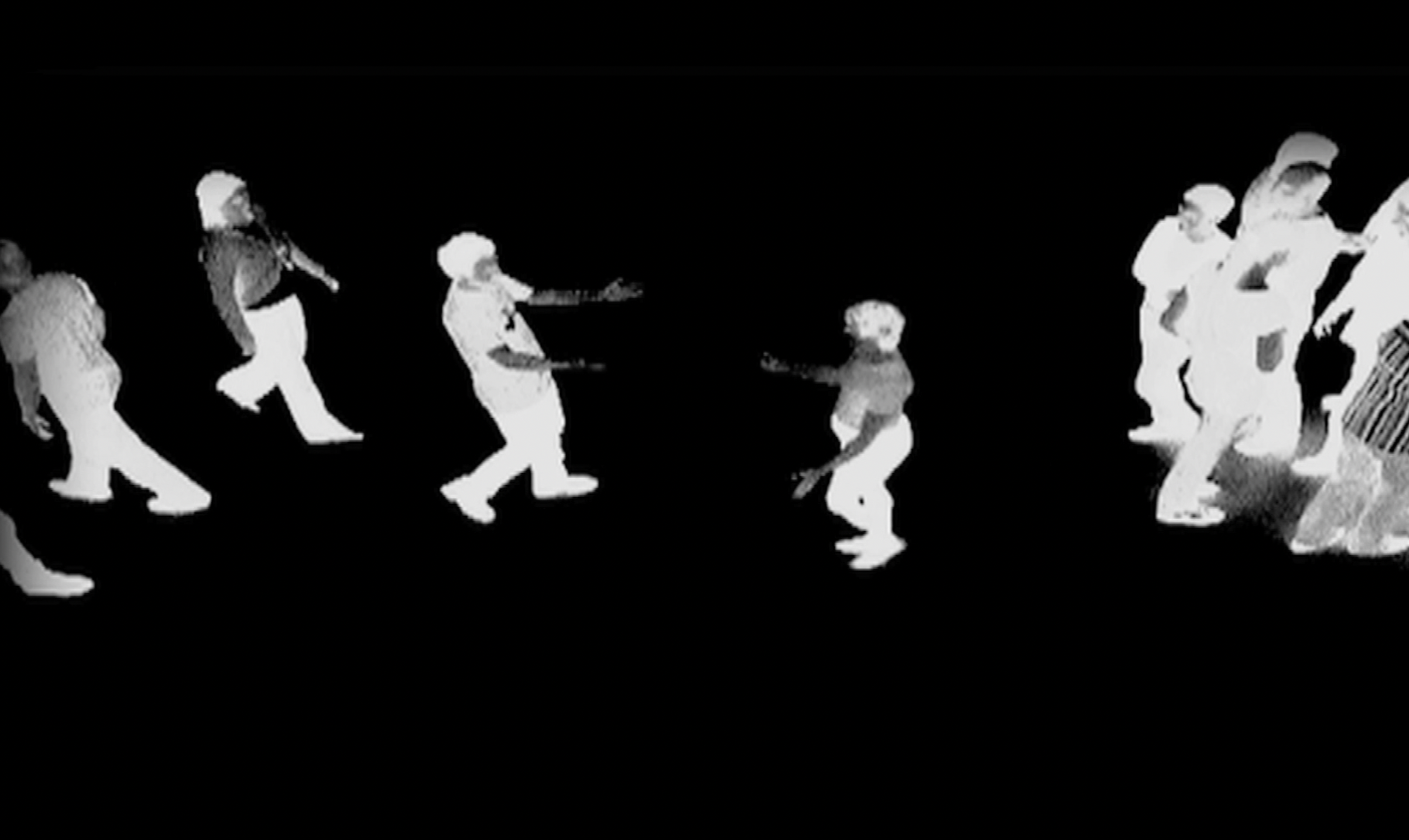 When Today Makes Yesterday Tomorrow, 2008/2021
Dominik Lejman is a multimedia conceptual artist who has built his career around questioning the parameters of media painting and video. Since his graduation as a painter from the Royal College of Art in London in 1995, Lejman has been one of the leading artists of his generation to challenge and create a new medium. By combining these two disciplines, he introduces a new dialogue through which our assumptions and expectations of common artistic disciplines are being provoked.

One of Lejman’s artistic fields consists of his mural works – video installations that are being projected onto walls at unique sites in public spaces. The lighting is key to these mural installations as it transports viewers to another imagined reality and at the same time decisively confronts them with what is most real in human experience. The video mural When Today Makes Yesterday Tomorrow (2008/2021) consists of the recording of a pre-arranged performance done by a casual group of people exchanging greetings, hugging, and handshaking. By utilizing short time-loops of the original footage, that obscure the beginning and end of the video, and projecting the inverted negative of the positive black-and-white footage, Lejman adds an element of abstraction to his work. The video takes on a new universality through this inversion and the indeterminate, faceless figures that are being seen from the perspective of a surveillance camera.
And that is what Lejman’s projection works are about: the conscious act of seeing. Recognizing the projection as a projection. Not as an illusion, but as an image that appears, a clear projection. Only rarely in everyday life do we have the opportunity to see our own projections consciously. Our lives are determined by those patterns of perception that cover up our actual perceptions from moment to moment, inserting them into our usual references and systems, colonizing and categorizing them, and making them manageable in the context of the environment in which we live and its labels. At some moments, the structure tears, and we can see what we could have heard, seen, and experienced beyond our projected perceptions. Thus, Lejman makes materials available to us that allow us to pick up on our greatest perceptual trap: our own projections.

The work by its casual creation, unrelated at that time to the current global situation, proves the importance of the difference between the time of production and the time of the work being 'conceived'. As far as the work was originally produced as experimental, unrelated footage, the time of exposing it conceptually 'completes' the work by providing it with a new, current meaning, which includes the pandemically 'forbidden' gesture of greeting, but also the symbolical quality of the figures in 'negative' (as if tested 'negative') and the surveillance footage quality of the work, drawing on the 'aesthetics of control'.

Dominik Lejman was born in 1969 in Gdańsk, Poland. His work has been featured in many solo and group exhibitions around the world, including After the Wall, Moderna Museet, Stockholm (1999) / Hamburger Bahnhof, Berlin (2000), 1st Prague Biennale (2003), Polish Pavilion at the 9th Biennale di Venezia of Architecture (2004), Still / Motion, Tokyo Metropolitan Museum of Photography (2008), Sanguine/Bloedrood, Prada Foundation, Milano (2018) and Macht! Licht!, Kunstmuseum Wolfsburg (2022). In 2018, he received the prestigious prize of the Akademie der Künste in Berlin 2018 for redefining the medium of painting. 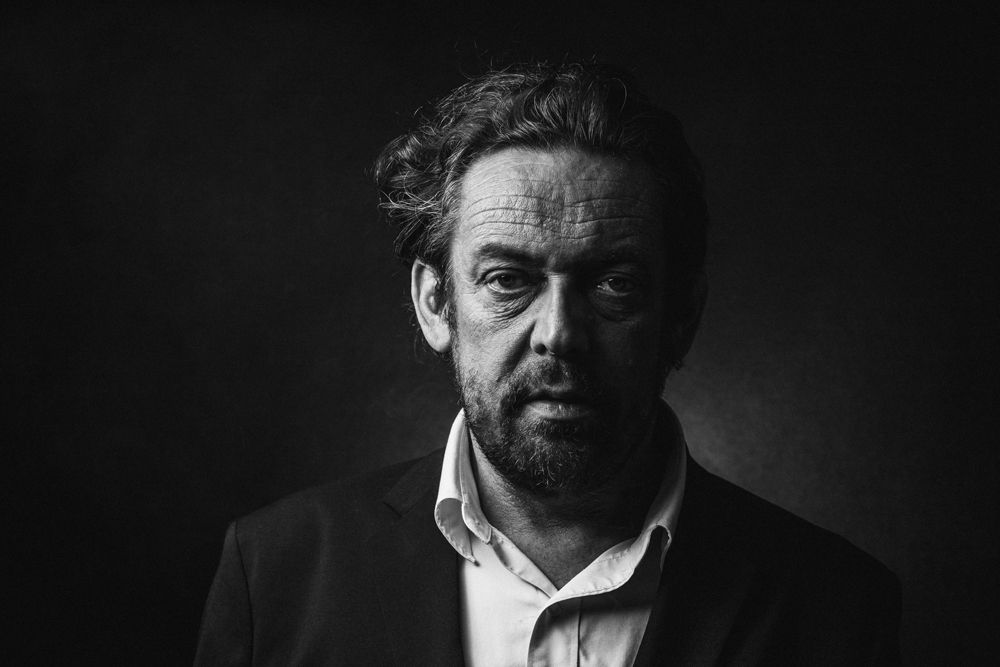