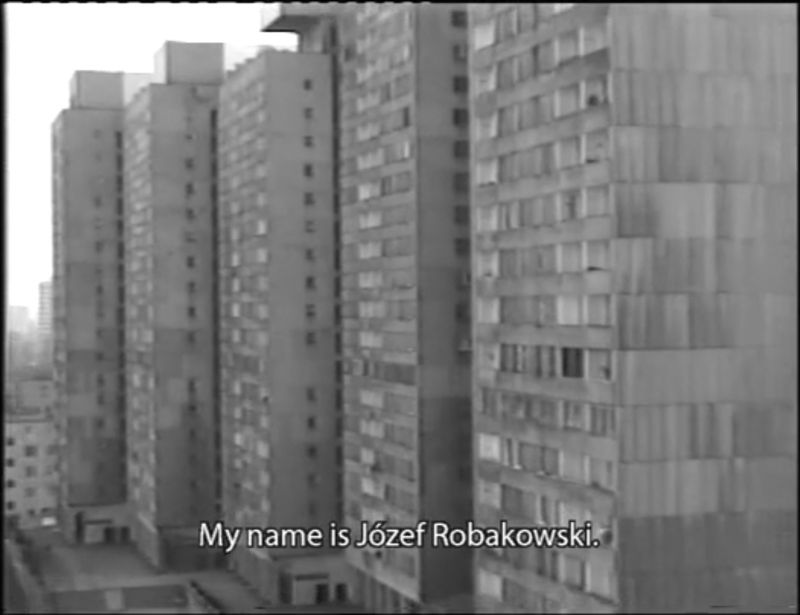 The video you are looking for is no longer available.
In 1978, Józef Robakowski moved into a new flat in a newly-built high rise (called "Manhattan") building in the center of Łódź (Poland). He filmed the people and events he could see from his kitchen window over a 20-year period. The video brings the viewer closer to his neighbors and reflects upon the political and social transformations that took place in Poland during that period in time where the Solidarność movement was subject to a brutal repression. He terminated the project in 1999, shortly before his view was obstructed by a tourist hotel being built on the square by the municipal authorities. The video documents a city undergoing radical ideological and social transformation. It shows how the political changes affect the day-to-day life of the inhabitants, and so bears witness to phenomena occurring worldwide.