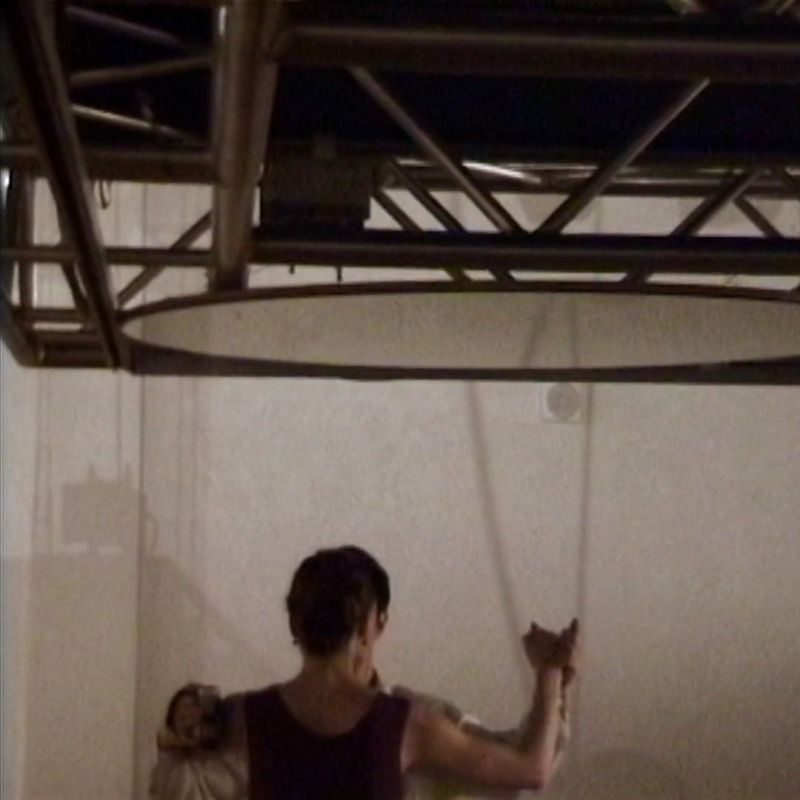 The video you are looking for is no longer available.
An experiment merging the movements of a dance, a camera and a setting into an unforeseen choreography of fragmentation, depersonalisation and deterritorialization. „A couple, a man and a woman, dancing a tango. The man is holding a customary video camera within a sophisticated system of mirrors and intricate high-tech structure in such a way that the couple were sometimes visible and sometimes invisible; the dance itself leads the camera, rendering it mobile and rhythmic. Nevertheless, no effects of blurring or crudity can be seen, but rather a clear, perfect image, probably filmed using autofocus. The image is determined by the rhythm of the dance, while the dance itself remains hidden, because for once it is a silent video without no soundtrack. While watching this mirrored dance, you constantly wish you could hear the music. By its absence, the music becomes all the more powerful—as desire. […] A masterpiece on dancing.
Friedrich Kittler, CTRL [SPACE], international media art award, 2001.