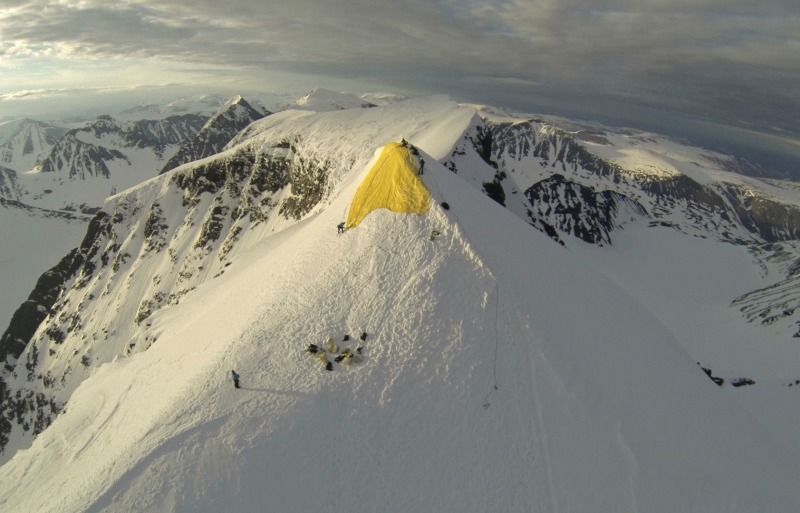 The video you are looking for is no longer available.
Rescue Blanket for Kebnekaise was a geo-engineering performance on top of Kebnekaise, the highest mountain in Sweden. In the past few decades, the mountain’s southern peak had lost nearly twenty meters of elevation as its crowning glacier melted away due to a warmer climate. To counteract this negative development, Bigert & Bergström placed a five-hundred-square-meter golden climate-shade cloth on the mountain’s southern peak on the evening of the 2015 summer solstice. The performance was inspired by the attempts to halt the melting of the Rhône glacier in the Swiss Alps, where every summer large areas are covered with reflective cloth.

Viewed against the majestic backdrop of the snow-covered mountain chain, the rescue blanket on Kebnekaise seems diminutive, a futile symbolic gesture. As the blanket was removed after the summer of 2015 the melting of the glacier continued the following summers. And in 2018 the North peak finally took over as the highest point in Sweden.