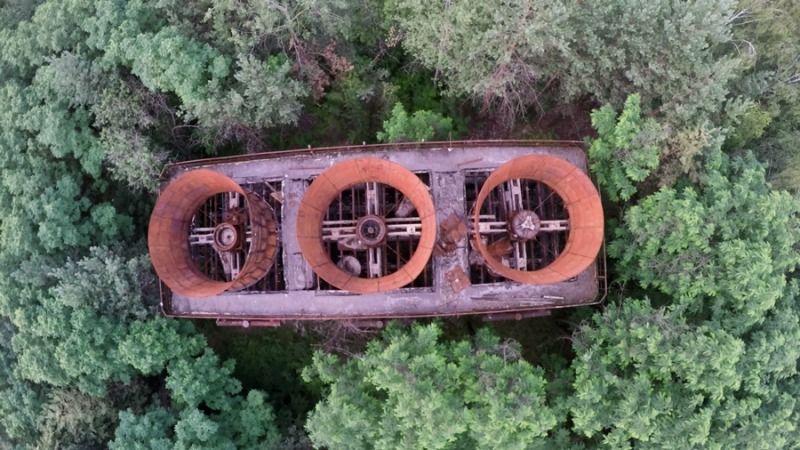 The video you are looking for is no longer available.
Stalkers are part of the subculture that emerged in the post-soviet countries in the 1990s. It was influenced by the post-apocalyptic fiction, primarily by the film "Stalker" (1979) from Andrei Tarkovsky and the video games series S.T.A.L.K.E.R. that gained popularity throughout the past two decades.

Stalkers are individuals, mostly young men, who illegally go to zones and abandoned places that are forgotten, purposely hidden, invisible. A physical zone becomes a portal to the inner immaterial zone, where dreams, fears and desires merge together. Stalkers go through this as a process of initiation to become a better version of themselves. The world of stalkers is juxtaposed with the wildlife of the Zone of Exclusion, the Chernobyl post-nuclear-catastrophe site in the north of Ukraine that in the past 30 years has turned into a wilderness full of plant and animal life. The timeless Zone is a Noah’s Ark, maybe one of the few places on the planet that still remains untouched.

Maps drawn by stalkers, their interviews, photographs of animals made with the nightlife camera traps and aerial footage of the Zone morph into a video collage that depicts the invisible world of transformation of human and non-human bodies.