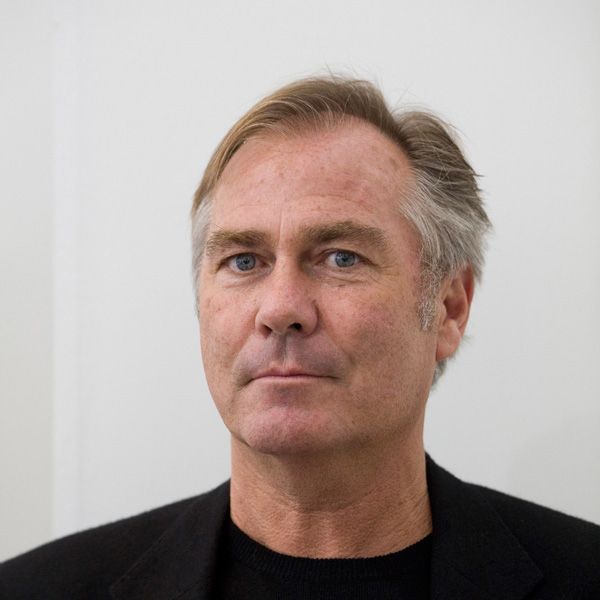 Timothy Persons is a US-American curator, writer, artist, and adjunct professor based in Berlin and Helsinki. He was born in 1954 in Narvik, Norway and grew up in Claremont-Pomona (Los Angeles), US. He studied under the ceramic artist Paul Soldner with whom he worked as his teaching assistant for 2 years. He completed a Master of Fine Arts at Claremont Graduate School in California in 1982. Persons also worked with numerous guest lecturers at the time, such as James Turrell, Betty Woodman and Lewis Baltz. His graduate studies in Southern California were part of the joint cooperation between John Baldessari’s Cal Arts program and the Claremont Graduates Universities concept of the Open Studio as a platform to teach from.
Timothy Persons is adjunct Professor at Aalto University School of Art, Design and Architecture in Helsinki, Finland and the principle architect behind the Helsinki School. He is also the co-founder of the Persons Projects (former Gallery Taik Persons) in Berlin, the contemporary art gallery representing established and emerging artists who use the photographic process as a conceptual tool.
Persons has acted as curatorial advisor to Kulturhuset, Stockholm; KIASMA Museum of Contemporary Art, Helsinki and The National Museum of Photography—The Royal Library, Copenhagen, advisor of the Board of Claremont Museum of Art, California. Furthermore, he is a senior member of the Paris Photo selection committee since 2006. Between 2003-05 he was a head of the jury for the Hasselblad "Young Artist" Award, Gothenburg, SE.
He has curated more than 40 international exhibitions, including: The Helsinki School, Landskrona Museum (2017), The Decade of Revolts, Kulturhuset, Stockholm (2014), Grażyna Kulczyk Collection. Everybody Is Nobody for Somebody, Fundación Banco Santander, Madrid (2014), New Wave Finland: Contemporary Photography from Finland, Scandinavia House, New York (2013), Katarzyna Kozyra, Kulturhuset, Stockholm (2012), Nelli Palomäki: As Time Consumes Us, Kulturhuset, Stockholm (2011), Helsinki School - Photography and video NOW, Meilahti Art Museum, Helsinki (2010), Nuevas Historias: A new View of Spanish Photography and Video Art, Kulturhuset Stockholm (2008/09), Nan Goldin, Kulturhuset, Stockholm and KIASMA, Helsinki (2008), Rose Boréal, Beaux-Arts de Paris and Lille (2008), Photo Finnish – The Helsinki School, Stenersen Museum, Oslo (2007), Joakim Eskildsen: The Roma Journeys, Kulturhuset, Stockholm (2007), The Helsinki School – A New Approach, Künstlerhaus Bethanien, Berlin (2005).
He has lectured widely at art and educational institutions, museums and universities, including Museo Nacional Centro de Arte Reina Sofía in Madrid, Complutense University in Madrid, Danish National Museum of Photography in Copenhagen, universities: NYU, Pratt, Columbia, Yale (USA), Beaux-Art de Paris (FRA). As a lecturer he took part at cultural events such as the European Month of Photography 2020 in Berlin, participating at panel discussions about topics like the future of photography education.

Apart from his role as an academic member, he collaborated with various artists and publishing houses such as Hatje Cantz, releasing book contributions such as 6 volumes of The Helsinki School (2005-2019), Grey Crawford: El Mirage (2018), Dominik Lejman: Painting with Timecode (2014), POLISH!: Contemporary Art from Poland (2011), and Nuevas Historias: A New View of Spanish Photography and Video (2008).